We investigate on the details, and the impact of the attack to SolarWinds

Green Pass fake in the name of Adolf Hitler. But that is not the hoax.

SOGIN has lost data in a cyber attack, perhaps 800 GB

NoGreenPass and RaidForums, the lions from the keyboard

Connections between gang Accounts and Karakurt

The compromise of a server within the Accounts and the data of the famous operation Accounts Leak, have allowed us to draw the links that persisted between the gang and Karakurt, group racketeering by close links with Accounts

Researchers ArticWolf were able to penetrate a server of attack used by the criminal gang informatics Accounts and have discovered several details about his attacks. In addition, it was discovered a close connection between the ransomware Accounts/the Devil and the group that specialized in extortion of data Karakurt, indicating that these groups may have been part of the same operation.

The discovery of the infrastructure of attack

The researchersas detailed in the analysis disclosed, were able to access a server Accounts, VPS inside, with the credentials of a user, presumably the leader of the criminal enterprise computer science. This has led to several revelations about his connection with the other groups.

An analysis of the details saved on the storage server revealed that the Accounts had data with a time stamp older belonging to the victims is still not disclosed, and who, moreover, in the course of the operation, the researchers returned to their victims.

A connection between the two groups

In addition, the researchers were able to identify, as reported by Bleeping Computer, a number of factors that indicate some association with the group Karakurt.

The response of Accounts analysts

The group of ransomware are currently the most popular in the cyber world, has not taken a good degree, this detailed analysis carried out by the analysts to ArticWolf, that in fact, as soon as it is divulged, you are seen threatened publicly by the criminal group the same. In effect, the operating rules of the Accounts, there is a rule that the group always seems to be mandatory: do not disclose details about the negotiations that the gang carries on with the victims, including chat, or screen them.

In the research to this point has been for obvious reasons, not respected, and Accounts on its website and has publicly disseminated a press release by directly contacting the company ArticWolf

The theme of the threat is the one that refers to the leaders of the company, keep your eyes open on the next business Accounts, so as to find its internal files leaked, presumably on their web pages, notes.

I note that, in the event no longer be accessible to the content of the official search, as mentioned in the link mentioned above, the researcher Claudio it has filed a copy, of which I leave tracks here.

The devil: another link?

The researchers also found that the operators of Karakurt and the Devil share a common infrastructure.

It is evident that Karakurt and the Devil are subgroups or extensions Accounts to monetize attacks encryption with the negotiations failed. Moreover, the Accounts became large enough to expand its operations to cyber-crime. Therefore, it is suspected that the Accounts may attempt to extend its scope to develop more connections and gaining the support of other groups, that they might join up again with the Accounts and carry out targeted attacks to the victims already compromised, or even compromised (in spite of the initial attack).

In team games, restricted or extended, organized crime is never a pretty thing, and also in computer science. 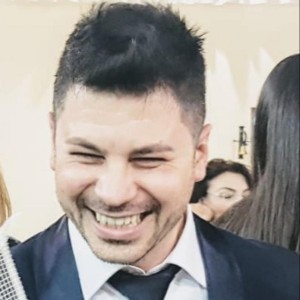 Want to comment on? Turn on the discussion Cancel reply

Browse the store and everything related to the episodes of NINAsec, receive it comfortably at your e-mail address:

Back to top
We use cookies on our website to give you the most relevant experience by remembering your preferences and repeat visits. By clicking “Accept All”, you consent to the use of ALL the cookies. However, you may visit "Cookie Settings" to provide controlled consent.
Cookie SettingsAccept AllReject AllRead More
Manage consent

This website uses cookies to improve your experience while you navigate through the website. Out of these, the cookies that are categorized as necessary are stored on your browser as they are essential for the working of basic functionalities of the website. We also use third-party cookies that help us analyze and understand how you use this website. These cookies will be stored in your browser only with your consent. You also have the option to opt-out of these cookies. But opting out of some of these cookies may affect your browsing experience.
Necessary Sempre abilitato
Necessary cookies are absolutely essential for the website to function properly. This category only includes cookies that ensures basic functionalities and security features of the website. These cookies do not store any personal information.
Functional
Functional cookies help to perform certain functionalities like sharing the content of the website on social media platforms, collect feedback, and other third-party features.
Performance
Performance cookies are used to understand and analyze the key performance indexes of the website which helps in delivering a better user experience for the visitors.
Analytics
Analytical cookies are used to understand how visitors interact with the website. These cookies help provide information on metrics, the number of visitors, bounce rate, traffic source, etc.
Advertisement
Advertising cookies are used to provide visitors with relevant ads and marketing campaigns. These cookies track visitors across websites and collect information to provide customized ads.
Others
Other uncategorized cookies are those that are being analyzed and have not been classified into a category as yet.
ACCETTA E SALVA
Powered by